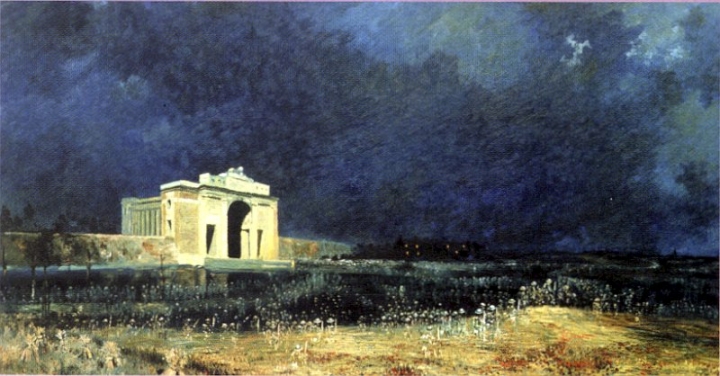 The Australian War Memorial loaned the iconic Menin Gate Lions and the Will Longstaff painting, Menin Gate at midnight, to the Canadian War Museum until mid-2015 for its exhibition on the fighting in Ypres in 1917, Mud, Blood and Memory.

The Lions will be loaned to the city of Ieper in Belgium in 2017. The lions were originally gifted to Australia in 1935 by the city of Ieper in recognition of the service of Australians in Flanders during the First World War. They had stood either side of the ‘Menin Gate’ on the medieval wall around Ieper. Almost every one of the 12,000 Australians who died on the Ieper Salient marched past the lions. The lions will be placed on the Menin road, immediately in front of the Menin Gate.