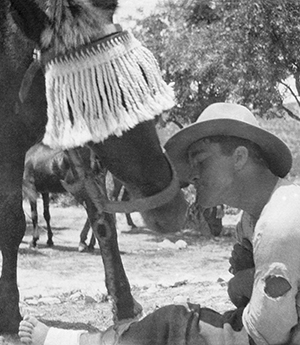 Discover the sacrifice, bravery and mateship of the Queensland soldier and his horse at Cobb+Co Museum, Toowoomba.

Horse in War focuses on the lives of those who worked with, and risked death alongside, the 120,000 horses of the Australian Army during the First World War.

Through photographs, diaries and original objects, Horse in War tells the stories of some of the thousands of skilled horsemen from rural Queensland and across Australia who joined the war effort.