You are here: Home » Blogs » 'Australians at the Great War'
Currently filed under: 'Uncategorized'

Australians at the Great War 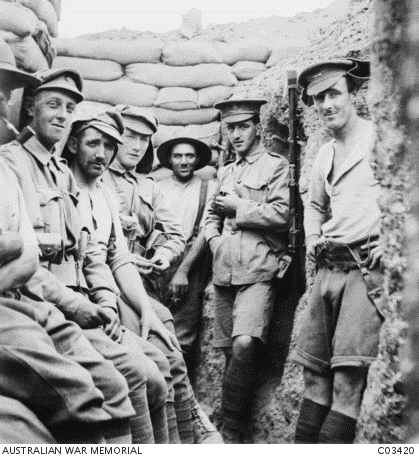 When war broke out in August 1914, Australia immediately answered the call. In all, more than 350,000 Australians – all of them volunteers – went off to serve on foreign soil, in the air, or on far-off seas. But the cost of victory was high. More than 60,000 failed to return, having either died of wounds, been killed in battle, or succumbed to illness. Many of those who survived would continue to bear mental and physical injuries for the rest of their lives.

This publication, written by Lambert Gallipoli Fellow and Australian War Memorial Senior Historian Peter Burness, tells the stories of these men and women.