You are here: Home » Blogs » 'Lest We Forget'
Currently filed under: 'Uncategorized' 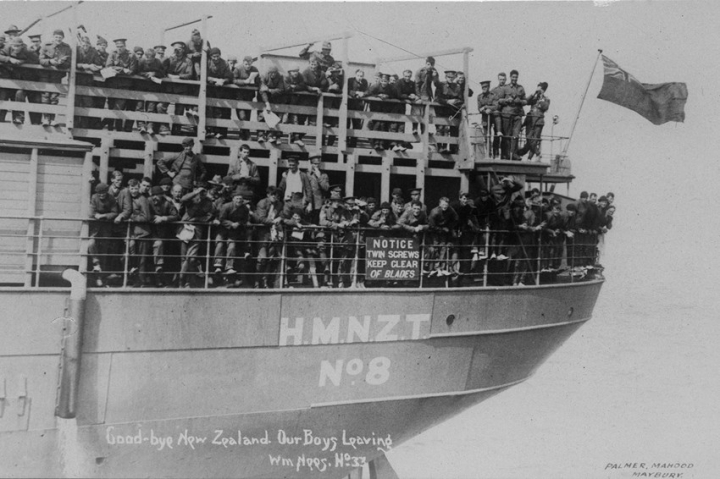 The launch of Lest We Forget on the 16 October 2014 marks the 100th anniversary of the departure of 8,000 New Zealand troops from Wellington for the battlefields of Europe. In commemoration, Te Papa, Archives New Zealand and Ngā Taonga Sound & Vision will be using public spaces around the city to bring the past into the present through a series of large-scale multi-media projections from 16 to 18 October.