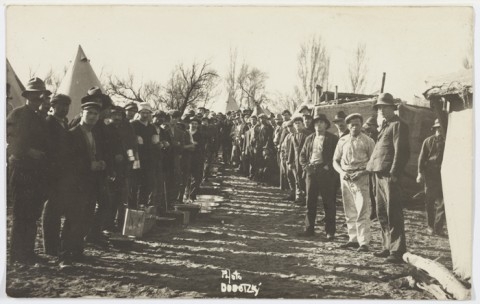 An exhibition developed by the Migration Museum in partnership with Flinders University.

Within months of the outbreak of WWI,  hundreds of men – ‘enemy aliens’ – were interned on Torrens Island, in the Port River estuary near Adelaide. Sailors taken off enemy ships, foreign nationals living in South Australia, and even some naturalised British subjects found themselves behind barbed wire.

Observations of camp life survive in the compelling photographs of Paul Dubotzki and the diary of professional boxer Frank Bungardy. Brought together in this exhibition, these sources tell the little-known story of South Australia’s ‘enemy within’.