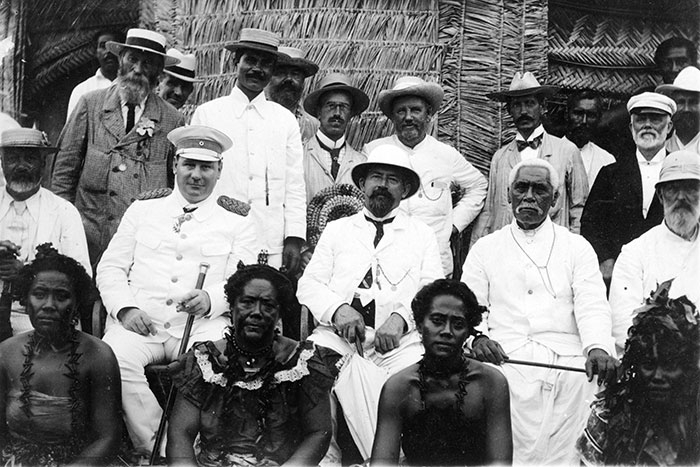 Entangled Islands is the first in a series of ‘chapters’ about the New Zealand war experience.

On 29 August 1914, only three weeks after war began, New Zealand troops took over Sāmoa – then under German control. It was an event that would entangle New Zealand and Sāmoa together through bad times, and better ones.