You are here: Home » Blogs » 'Crisis 1914! The Call to Arms'
Currently filed under: 'Uncategorized' 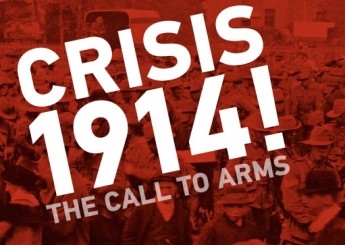 The outbreak of the First World War was the first crisis for the new Australian nation.  The first few months demonstrated Australia’s enthusiastic commitment to the war, not yet exposing the tensions that would later divide the nation. Australians willingly went to war as Britons, but were also determined that the war effort reflected our young nation’s democratic spirit.

The decisions made by the governments led firstly by Joseph Cook, and then Andrew Fisher, were crucial to how Australia would conduct its war effort.